“Put on the full armor of God so that you can take your STAND against the devil’s schemes.”

One of the most important words that a person can hear during spring in Arkansas County is “stand”. In an agricultural sense, stand is used to describe the overall success of seeing a crop which has been planted break through the soil and become established for the growing season. Many obstacles such as weather, animals, and the occasional absent-minded farm hand, work against a crop on a daily basis.

The power of a stand, however, is not found in individual plants coming up, but rather in hundreds of thousands springing up at once. To witness a planted field turn from looking milky-white, to having a hint of a green tint, to having an established stand throughout the field, brings joy to every farmer and hand in the county. 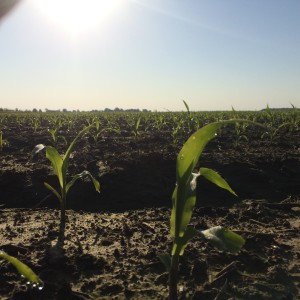 We are often tempted to place our emphasis on the individual. “Who is the MVP?”, or “I passed my class!” are common examples of the importance of individuality.

What if a farmer took the same individualistic approach to farming as we do for life? “I got one plant out of the ground”, would hardly scream success.

In order for a crop to be successful, more than one seed has to come up. Thousands have to come up at once!

So here is the point: Men, too often we hear in church that each individual man is responsible to stand. The individual man is told that he must face insurmountable odds by himself. The focus is placed on one man standing, when the focus should instead be on thousands of men standing at once.

Ephesians 6:11 says “Put on the full armor of God so that you can take your STAND against the devil’s schemes.”

The “your” that Paul uses is plural. He isn’t saying that you are by yourself. He’s saying that every one of us, all believers, both men and women, are to actively stand.

We celebrate one man standing for God, when instead we should be lamenting the fact that thousands have gone unnoticed.

Men, will we stand? Will we stop looking at the individual “plant” and look at the overall field?

There’s beauty in a stand. Let’s celebrate it!